Why switch from helium to hydrogen gas for GC? | LabRulez GCMS_EN
Author
Peak Scientific
Peak Scientific is a leading innovator in the design, manufacture and support of high performance gas generators for analytical laboratories, with direct operations in every continent around the world.
Tags
Article
Product
Video

Why switch from helium to hydrogen gas for GC?

We, 3.3.2021
| Original article from: Peak Scientific
Helium is commonly used in GC as a carrier gas, offering good separation results. However, helium gas is a finite resource with a fluctuating price tag as its availability continues to decrease. 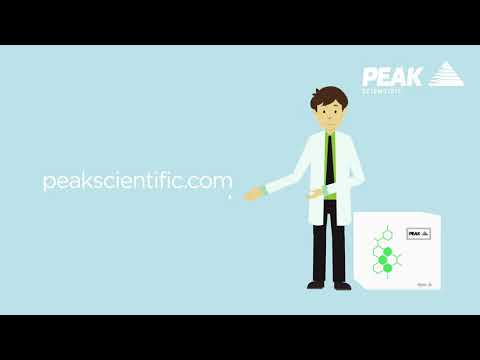 For this reason among other benefits, a number of gas chromatography (GC) professionals are converting to hydrogen gas using a hydrogen generator as their carrier gas supply. In this blog, we explain exactly why.

As a non-renewable resource, helium gas is becoming increasingly scarce, leading to supply shortages and an increase in costs for numerous industries, including analytical laboratories. For labs relying on helium, a lack of supply can cause delays in sample analysis and a general disruption to day-to-day workflow.

Working with an in-house hydrogen generator, on the other hand, is a more reliable, inexpensive and convenient way of performing GC analysis. With a hydrogen generator, labs can produce their own high purity carrier gas supply without having to depend on cylinder deliveries or go over their budget due to a sudden spike in helium prices. Once installed, a hydrogen generator stays in your lab, eliminating all the logistical hassles associated with scheduling helium gas orders, planning cylinder changeovers and installation. A gas generator provides peace of mind, knowing you have access to a constant supply of hydrogen gas and not having to worry about running out of carrier gas mid-analysis.

Unlike a pressurized gas cylinder, a hydrogen generator does not store high volumes of gas which could pose a potential safety hazard. When working with a gas cylinder, laboratory staff have to be on the lookout for any signs of leaks or damage on the cylinder in order to prevent any explosion or fire risk due to such high volumes of pressurized gas.

Beyond the absence of pressurized gas storage, a hydrogen generator comes equipped with advanced built-in fail-safe technology. These safety features prompt the hydrogen generator to shutdown in the unlikely event of a leak, maintaining safety in the lab.

Speedier analysis is another advantage to using hydrogen gas instead of helium. Hydrogen gas has a higher optimal linear velocity than helium, therefore in many cases increasing a lab’s throughput by improving analysis speed.

As demonstrated in the gasoline analysis of Fig. 1, the analysis time was shortened with hydrogen carrier gas. Since hydrogen gas can flow gas at a lower supply pressure than helium, it is suitable for high speed analysis using a narrow bore capillary column.

Fig. 1 Peak Scientific: Shortening the analysis of gasoline by changing the carrier gas helium to hydrogen

If you’re looking to convert to hydrogen gas, you need to consult the GC Method list to confirm your method can indeed use hydrogen gas as an alternative to helium. It’s also important to refer to your method translation software for a simulation of the effect of changing carrier gas. There are GC instruments facilitating this conversion, such as Nexis GC-2030 by Shimadzu, which allows GC practitioners to switch carrier gas in the same sample run without adjusting any setups. You can refer to our step-by-step guide for more information on converting carrier gas.

Although helium is a popular carrier gas choice in GC, the difficulty in obtaining the gas has made more labs reconsider their gas supply, seeing an increase in the shift of carrier gas from helium to hydrogen gas. When all aspects are considered, it is easy to understand what’s driving the switch: the unrivalled reliability and peace of mind that can only be provided by a hydrogen generator.