Mo, 12.7.2021
| Original article from: Institute of Organic Chemistry and Biochemistry
The deadline for early registration is July 15, 2021. Do not miss opening of the Czech Museum of Mass Spectrometry together with the conference Prague Meeting on Historical Perspectives of Mass Spectrometry. 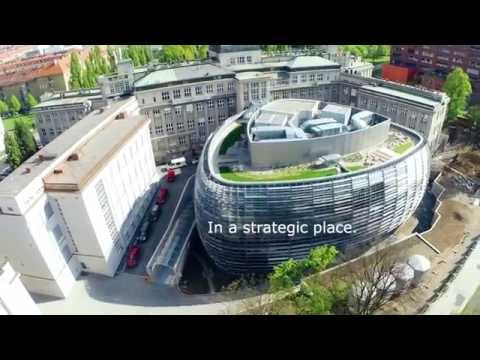 The origins of mass spectrometry in the Czech Republic date back to the 1950s when the first mass spectrometer was built. Despite the post-war shortage and considerable international isolation of socialist Czechoslovakia, the device was successfully completed and used in the newly founded Czechoslovak Academy of Sciences. Later, commercial instruments started to appear. Mass spectrometry became increasingly important and the community started to grow. Since 1985, summer courses "School of Mass Spectrometry" have been organized regularly. The number of participants in this popular annual one-week event is now over two hundred. National scientific conferences on mass spectrometry have been organized biennially since 2011. Mass spectrometry has become a very important and widely used technique for research and industry.

The Czech Mass Spectrometry Museum has been established at the Institute of Organic Chemistry and Biochemistry of the CAS in Prague. The museum aims to collect and display artifacts related to mass spectrometry, especially those associated with the local geographical region. The technical museum mostly shows the key components of mass spectrometers used in the past and in contemporary laboratory practice. It also collects and displays historical documents, photographs, books, etc. The museum's mission is expressed in two words: education and inspiration. It demonstrates technologies hidden behind the cover and inside the vacuum systems, thus allowing a better understanding of how the mass spectrometers actually work. Displayed technical solutions, prototypes, ideas, and stories can be inspiring for students, scientists, as well as instrument designers.

The Prague Meeting on Historical Perspectives of Mass Spectrometry is a two-day conference devoted to history, status and future perspectives of mass spectrometry. The event will bring an exciting program combining presentations from honorable Czech and international scientists, representatives of producing companies mapping the historical development of their instruments, and young colleagues early in their careers. The early evening poster session will be conveniently followed by a social evening with dinner. The organizing committee will make any possible effort to make sure that your participation will be a scientifically rewarding and pleasurable experience.

Institute of Organic Chemistry and Biochemistry of the CAS